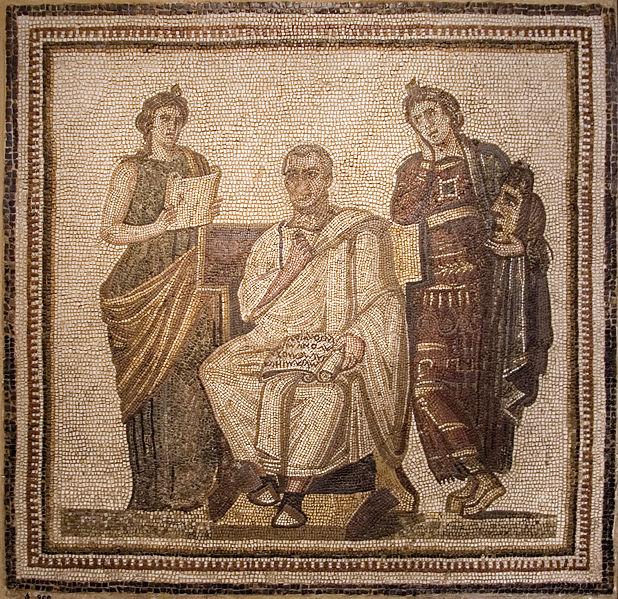 I salute thee, Mantovano, I that loved thee since my days began,

Wielder of the stateliest measure ever moulded by the lips of man.  (from "To Virgil," by Alfred Lord Tennyson)

A shy young man suited neither for war nor politics, the only avenues for advancement in ancient Rome, yet became a friend of the emperor Augustus and one of the greatest poets who has ever lived.  When Publius Vergilius Maro, or Vergil as he is better known to the English world, enters the room, he quietly takes you to distant fields in northern Italy, describing the life of the shepherds and farmers from whom he took the stories of his earliest poems.  With his stylus and wax tablet in hand, he leads you into a literary world where poetry reigned supreme and books were copied by hand.  He shares his experiences in the court of Augustus under the patronage of the powerful Maecenas and how it was that an Italian farm boy grew to sing of arms and a man in his epic, the Aeneid.